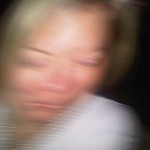 Heather Connelly Lefkowitz previously served as program coordinator at the Curb Center from 2003 until 2008, when she entered Vanderbilt Divinity School. She graduated with a Masters of Divinity degree in May, 2011, and was the recipient of the Nella May Overby Memorial Award for Field Education.Her master’s project was an examination of creative pastoral responses to Nashville’s 2010 historic flooding. She also managed research centers and fellowship programs at the University of Virginia, served as an elementary educator in Metropolitan Nashville Public Schools, and worked part-time as an event planner and caterer. She has studied improv at Second City and the Annoyance Theaters in Chicago, and at Music City Improv in Nashville. Originally from South Carolina, she received her Bachelor of Arts from Vanderbilt in 1990. She is married to Paul Lefkowitz and is the mother of Charlotte.